What are fuel injectors? 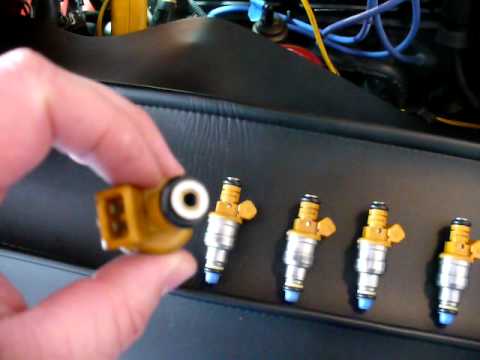 Talking about fuel injector clogging symptoms and discussing different cleaners is all well and good, but

what exactly are fuel injectors?

If we really want to take care of them, it surely makes sense to learn as much about them as possible. This is especially true if there are plans for manual cleaning or even changing them in the future.

Testing fuel injectors and changing broken parts is definitely easier when we actually know what they look like, how they operate, and where they are located.

The fuel coming from the fuel lines is designed to be pressurized and sprayed through the injector nozzles to atomize the fuel for easy combustion.

How are fuel injectors controlled?

The injectors are controlled by the Engine Control Unit (ECU). First, the ECU obtains information about the engine conditions and requirements using different internal sensors. Once the state and requirements of the engine have been determined, the fuel is drawn from the fuel tank, transported through the fuel lines and then pressurized with fuel pumps.

Proper pressure is checked by a fuel pressure regulator. In many cases the fuel is also divided using a fuel rail in order to supply the different cylinders of the engine. Finally, the injectors are ordered to inject the necessary fuel for the combustion.

The exact fuel/air mixture required depends on the engine, the fuel used and the current requirements of the engine (power, fuel economy, exhaust emission levels etc.)

Where are the fuel injectors located?

The exact location depends on the vehicle and engine in question. In general though, fuel injectors are located in the head of the engine and are threaded into the combustion chamber with the nozzle inside. Engines have several fuel injectors and they are often connected to a fuel rail that provides the numerous injectors with equal amounts of fuel.

Once you learn to understand the basic outline of a vehicle’s (or any machine’s) fuel system, you will have a much easier time locating the injectors. Here are a few more illustrations to help you get comfortable with the fuel system: 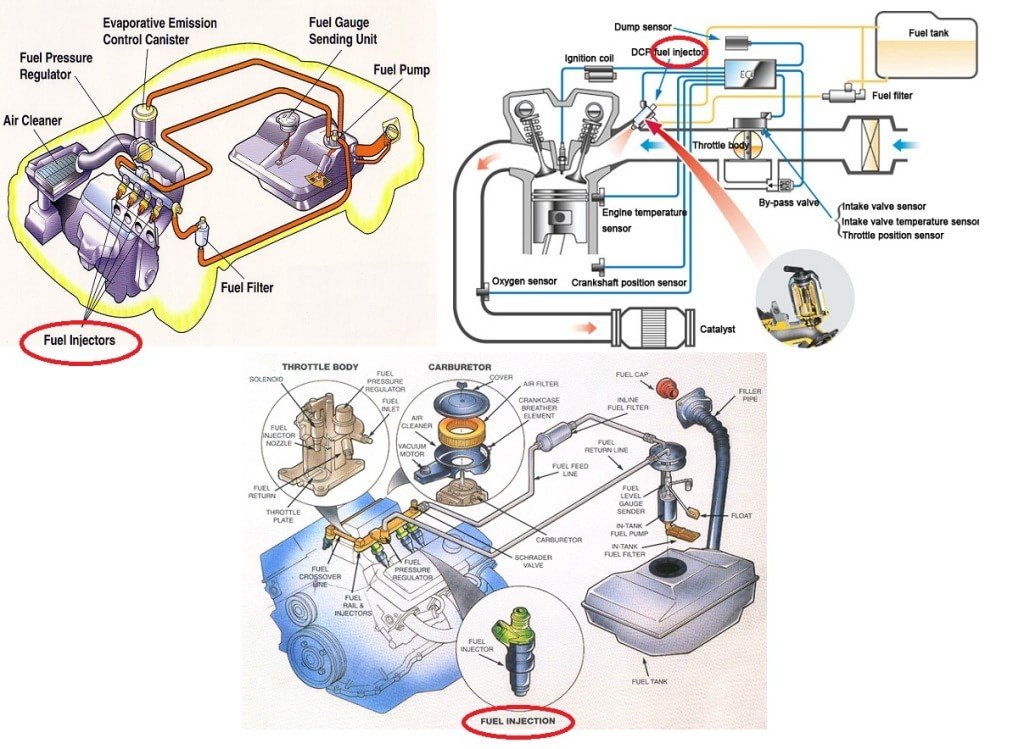 Now that we know what fuel injectors are, let’s have a quick look at how the fuel injection system came about in the first place.

The origins of fuel injectors

Different versions of fuel injected engines were designed and produced as early as 1902 with most diesel engines having fuel injection by the 1920’s. Fuel injected gasoline engines took longer to gain a foothold, but became more prominent during World War II, even though most of the commercial engines that ran on gasoline still opted to use carburetors at that time.

The first direct fuel injection system running on gasoline that was made for automobiles, was developed by Bosch, and was introduced by Goliath for their Goliath GP700 automobile in 1952. 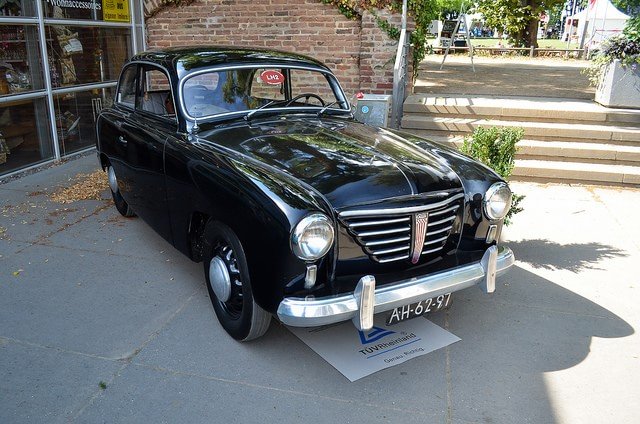 However, it took decades for the gasoline powered fuel injection engines to become the commercial norm for automobiles. Through-out the 1950’s and 1960’s, the majority of such engines were only used in race cars as they struggled to be reliable enough for everyday use due to the effects of different weather and driving conditions.

The prevalence of fuel injected engines that used gasoline became more pronounced in the late 70’s and 80’s, mostly to satisfy stringent emission control requirements and the market demand for more technologically advanced vehicles. Over the years, carburetors were all but phased out in favor of the more advanced electronic fuel injection engines (EFI).

Since the early 1990’s, most vehicles sold in First World markets are equipped with EFI, and while many different motorcycles still use carburetors, high performance models nearly always use electronic fuel injection.

The Carburetor is still in use in many Developing Countries due to more relaxed emission laws, as-well as lagging repair and maintenance infrastructures. However, gradual changes towards the use of EFI’s are noticeable as those countries adapt stricter emission laws and improve their infrastructure.

Technology has certainly come a long way in the last hundred years and I personally  cannot wait to see what’s in store for us in the future.

Fuel injection engines are found in nearly every modern vehicle and fuel dependent equipment from lawnmowers to speed-boats. Learning about their history, function, and maintenance goes a long way towards keeping your favorite vehicles and machines in top shape. Next time when someone asks you: “What are fuel injectors”, I’m sure you know what to answer them.

Fuel injectors themselves may seem like such small parts, but they have one of the most important jobs of all – making sure the fuel from the gas tank is properly delivered into the engine! Luckily for us, taking care of them is not at all complicated. There really isn’t any excuse to slack off with this.

Pour some liquid fuel additive into your gas tank as part of a regular maintenance cycle and you can prevent a lot of trouble in the long run. 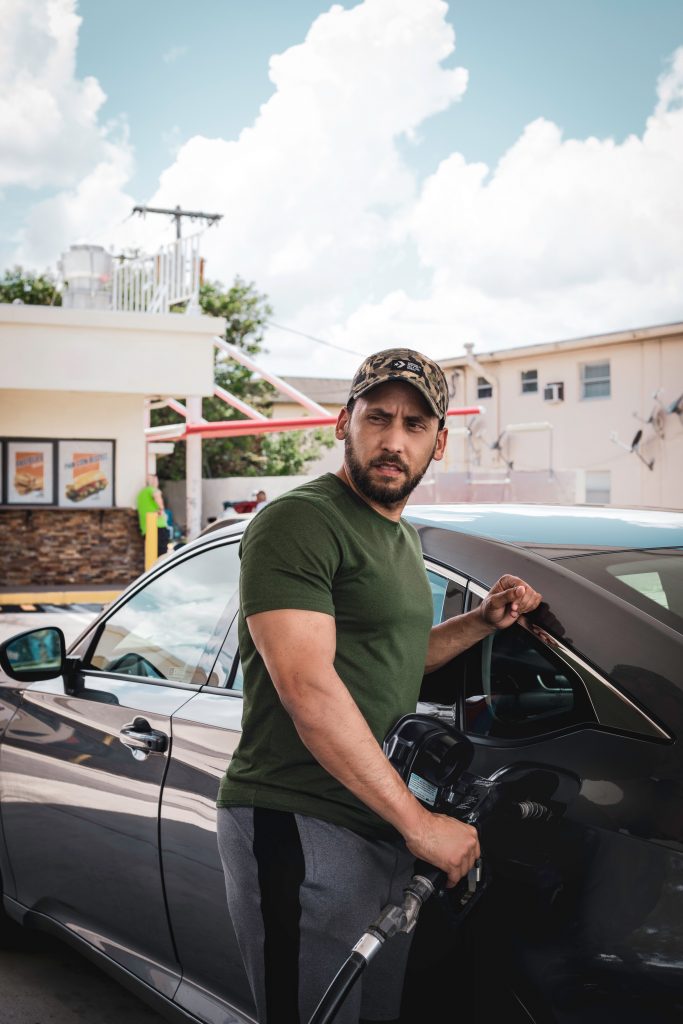 Fill her up, add some cleaner on top and you’re good to go. Photo by Joe from Pexels

In the case of injector damage or wear that requires the installment* of new injectors, you will also find a large after-market supply of premium quality injectors to choose from. If you have some extra cash to spare, don’t shy away from investing a few extra bucks into getting premium parts that are more resistant to wear.

*Note – when installing new injectors, make sure to get a full set of replacements. Mixing old and new injectors is generally a very bad idea. Even if the old parts worked decently enough, they will most likely be out of sync with the new parts. Injectors must work as a single unit.

I hope this article has helped you to better understand the fuel system and the injectors, and will come in handy when you need to get your hands dirty under the hood!